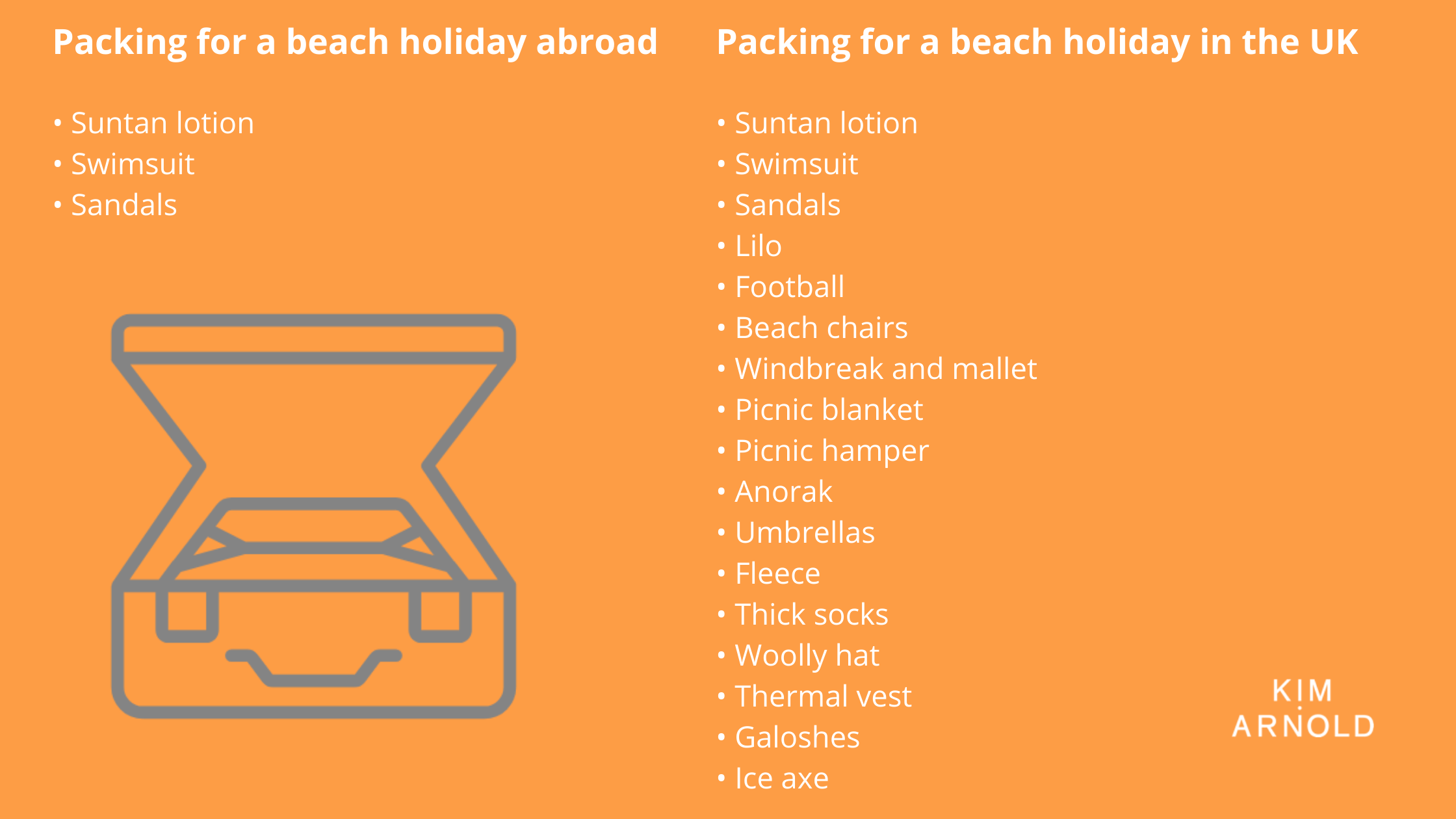 I’m just back from a fantastic holiday in Norfolk.  But boy was it a struggle getting everything in the car….

Yes, we had the full gamut of weather – from icy winds in the first few days to glorious hot days on the beach in the second.  But we were at least prepared.

As they say, there’s no such thing as bad weather, just the wrong clothes.  You’ve just got to know what you’re dealing with.

And it’s the same with communication.  Your presentation that might have worked brilliantly with one audience might be totally wrong for another.

That memo stuffed full of detail for a technical audience? It probably won’t cut it for a busy CEO.

And it’s going to take more than swapping out the title to make that proposal for one client pack a punch with another.

It’s easy to take shortcuts when we’re busy and just wheel out the same old stuff time after time, regardless of who we’re talking to.

I once watched the ex-CMO of one of the best-known corporations in the world die on stage, when he churned out oven-ready slides with sales strategies that had no relevance to his lawyer audience.  The atmosphere at the end of the session? Icier than that Norfolk beach a couple of weeks ago.

So the next time you need to communicate something important, ask yourself:

Because maybe there’s no such thing as a bad audience – just the wrong communication.