What to Write Instead of ‘I hope you’re well’

What to Write Instead of ‘I hope you’re well’ 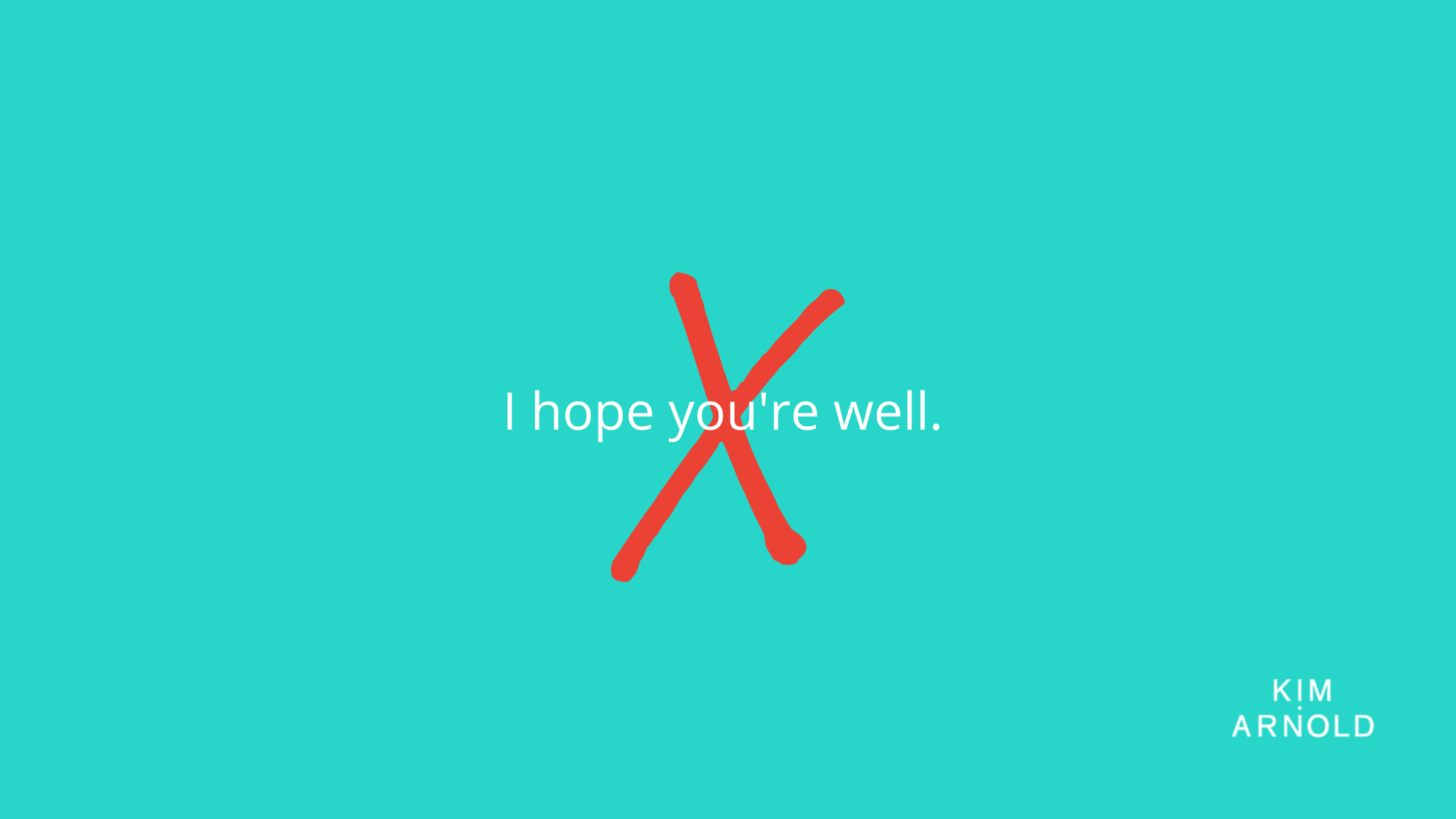 The other day my client Michael, a lawyer, asked me the question that’s been on everyone’s lips recently:

“I mean, I really do hope they’re well… but it just feels a bit clichéd…like everyone’s saying it.”

I told him: “That’s because everyone IS saying it. So how are your emails ever going to stand out?”

The problem with clichéd openers is (obviously) we’ve heard them too many times.

And when we feel we’ve heard something over and over, it becomes white noise.

We block it out. It doesn’t connect. It’s not personal enough.

(Think of all those boring social media posts that you scroll by without a second thought.)

Clichéd communications are like ‘one-size-fits-all’ jumpers – they’re so generic they don’t work on anyone.

But what are you supposed to write instead? How do you avoid getting stuck in the cliché quicksand when you’re trying to be genuine? (“Easier said than done, Kim,” as Michael put it.)

Here’s how to make it personal (in a good way), even if you’re writing to hundreds or even thousands of people:

If you’re writing to a group, think of just one person to write to. Put their name at the top of the page with ‘Dear x’ and write as if it’s a letter to them.

It creates a feeling of intimacy and a personal connection. (Just remember to delete their name once you’ve finished writing.)

Ask yourself: what would I say to this person/these people if I were in the room with them? Write that down. It’ll be warmer and more natural.

I don’t know about you, but I never say ‘I hope you’re well’ to anyone in person. Likewise I never ‘reach out’ (unless it’s across my husband to get to the remote control). Watch out for the buzzwords.

3. Cater to your audience

If you’re writing to one person, what can you say that’s personal to them and them only? Can you ask about their dog/kids/husband/hobbies?

If you’re writing to a large number, what do they have in common that’s unique to them as a group? Could you refer to the overload of customer enquiries they’ve been getting? Or celebrate the fact they’ve got a new IT system in place? Or acknowledge their worries about the impact of the coming year on their work?

Let me know how you get on…