8 Unconventional Tips From My 5 Years Of Webinars

8 Unconventional Tips From My 5 Years Of Webinars 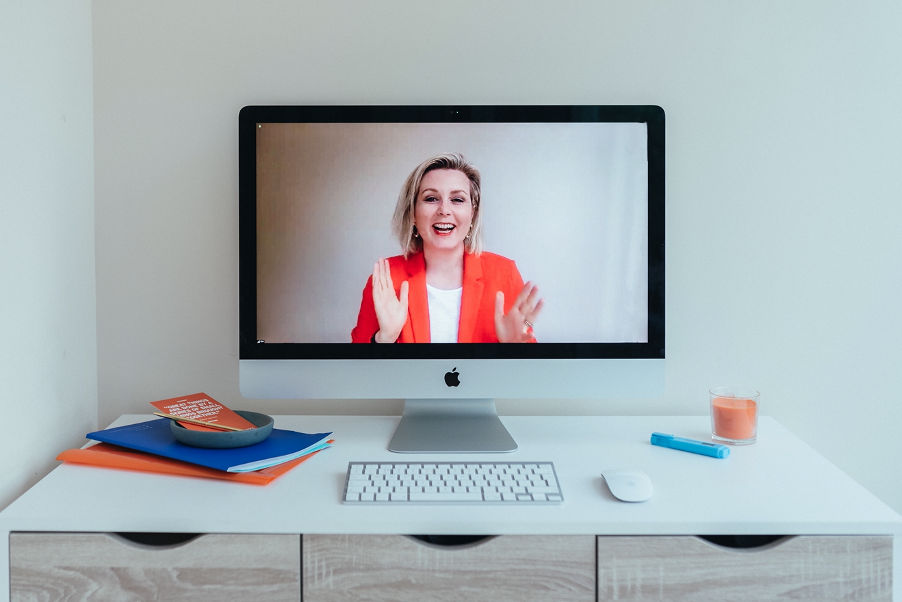 Five minutes to go and I was in a total panic.

I was hosting my very first webinar and my neighbour’s dog had begun howling through our party wall like a deranged werewolf. With seconds to spare, I grabbed all my kit and frantically set up in my kitchen where the damn mutt was muffled.

During the webinar my voice shook, I sweated through the back of my shirt and my stomach churned. I did not shoot the lights out.

That was nearly 5 years ago. Since then I’ve learnt an awful lot about what works in the world of webinars (and what falls flat with audiences). Learn from my (many) mistakes.

When I started out doing webinars I’d prepare for hours. I still do (I’m a nerd like that).

But now I focus as much on my delivery as on my content.

You might have beautiful slides, a pitch-perfect presentation and Kardashian-worthy lighting, but it’s all for no good if you come on to screen with sagging shoulders and a monotone. No-one will listen to a word you say.

Being on camera like being on stage – you need to bring the best version of yourself and light up the screen with big smiles and bigger enthusiasm. Look straight into the camera. Vary your pace and tone. Be larger than life to compensate for being on the small screen.

I used to spend longer talking about what I was going to talk about than actually talking about it. People, understandably, didn’t like waiting.

These days I get stuck straight in with something to make them sit up and listen – a shocking fact, a weird statistic, a joke or a story.

Your viewers will have several gadgets in front of them blinking irresistibly (and unlike a live in-person event, they won’t be too polite to look at them). Make your first 2 minutes count and hook ‘em through the face or you risk losing them forever.

It’s so hard to listen to someone on screen and really pay attention for more than a few minutes, however good they are at speaking. I used to talk for waaaaay too long at a time.

Give your audience something to do every 6 minutes to keep them engaged – e.g. answer a question verbally or in the chatbox, get them to do a poll, raise their hand or just nod their head to check they’ve understood.

I do ‘one minute workouts’ on my webinars after each key point – a fun mini exercise against the clock which consolidates learning.

Video conferencing lacks the personal touch so you need to bring people together – make them feel part of it, not just passive bystanders.

Use people’s names wherever possible – so not ‘We’ve had lots of questions about marketing’ but instead ‘Anne has an excellent question about marketing’.Imagine you’re a radio host with callers dialing in – everyone will feel special to have their moment ‘on air’.

5. Accept that it’s all going to go horribly wrong

There’s there’s been some kind of hiccup during almost every webinar I’ve done (hundreds over the years). I used to panic every time, but now I roll with it.

I’ve had slide gremlins that made them run at triple speed. Polls that wouldn’t load. Interruptions from unruly children and persistent cats. My colleague Mark Williams once accidently activated his Alexa which started playing Tina Turner’s Private Dancer when we did a webinar together.

If any of these happens to you, first acknowledge the problem with your audience (they will have noticed something’s gone wrong – they’re not stupid). Make a joke out of it if you can: ‘Looks like this poll’s just so controversial we’ve crashed the internet!’

Second – make a plan B for as many scenarios as you can. Have a helper on your webinar if possible to deal with tech issues while you present. Call on certain people to turn on their microphones for a discussion if your slides go down. Use a pet analogy to illustrate a point you’re making if you get an interruption from a furry friend. Be creative.

Don’t expect your participants to engage with you immediately if they don’t know you. People are sometimes reticent to speak on camera or even ask written questions straight away. You need to warm them up first.

Start with non-threatening but interactive exercises instead of asking direct questions e.g.

Once they’re in the swing of responding to you they’ll feel more comfortable asking and answering questions.

People often love to hear from each other, not just you the presenter. It gives different perspectives on your topic and allows people to feel like they’re adding value to.

So encourage them to share their experiences and ideas too. They can respond in the chat or you can call on particular people to unmute themselves.

If you get asked a question, throw it open to the floor for their take too.

8. Stop playing it so damn safe

Most webinars fail to connect with their audience for one reason: they’re brain-numbingly dull.

There’s no excuse for this. There’s a load of different tools that you can use to spice things up. Remember, you need to work much harder when you’re not there in person to keep people engaged so SURPRISE them.

Over the years, I’ve:

So I hope these tips help you avoid my many webinar screw ups over the years. Get stuck in and have fun!