What To Do When A Client Ghosts You

What To Do When A Client Ghosts You 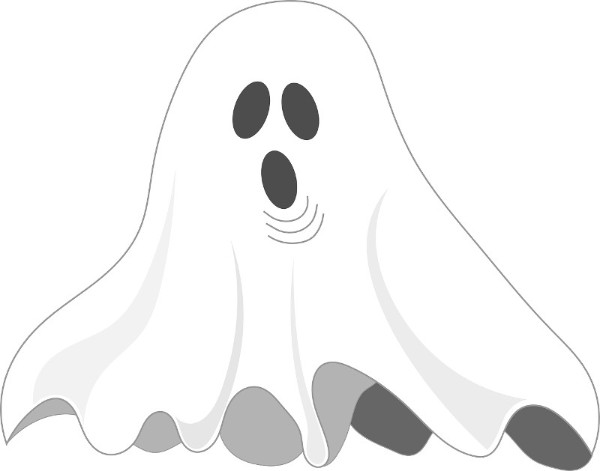 My friend got ghosted the other day. It was brutal.

He’d been dating a seemingly nice woman he’d met over the internet. They’d been on a few romantic dates to restaurants with soft lighting and French waiters. They’d met each other’s dogs. She’d seemed super keen. They’d friended each other on all the social networks. Had messaged each other every day for a month.

She’d blocked him on every platform.
Wouldn’t answer his messages or calls.
And he had no idea why.

He didn’t have a secret wife or freaky Action Man collection that she might have discovered. They hadn’t argued. He had no idea why she’d turned so cold. But she’d just wiped him off the face of her universe.

And as my friend was relaying his tragic story to me, it dawned on me that ghosting doesn’t just happen in our love lives.

It’s happens in our business worlds too, right?

You know, that client you’ve been working so well with suddenly goes AWOL.

That prospect who seemed so keen when you met who now won’t even reply to an email.

5 Useful Tips For When A Client Ghosts You

We’ve all been in that situation, but you are far from powerless. Here’s my simple advice to help you reconnect with a client or prospect:

1. Don’t panic! No response doesn’t always mean no interest. Don’t assume they hate you or don’t want to work with you. They might just be super busy or, who knows, maybe they’ve had to bury their pet armadillo. Life happens. Sometimes people actually welcome a friendly follow up to remind them you’re there. So don’t be afraid to get back in touch.

2. Choose a different medium. If your client or prospect isn’t replying to emails then for goodness sake Pick. Up. The. Damn. Phone. So few people do this, but it can often get an instant response after weeks of email tumbleweed.

Or, if they aren’t returning phone calls, how about liking or commenting on one of their social media posts – it can remind them that they owe you a response.

3. Don’t be a wuss. Don’t leave a lily-livered voicemail or lame email starting ‘Sorry to bother you again as I know you’re busy but I’m just checking in to see if you’d possibly had a chance to look at the proposal I sent over….’. Your time has a value too. Be strong. Follow this next step instead.

4. Try the ‘pain in the @rse approach’. Sales expert Nick Davies starts his last-ditch emails with ‘I know I’m rapidly becoming a pain in the @rse with all my emails, but…’ If that isn’t your bag, try ‘At the risk of being a pest/nag etc’ or whatever suits you best. Reminding people in a gentle but firm way that you’ve tried on more than one occasion to get in touch and they haven’t got back to you can be very powerful. Sales diva Kim Duke loves using humour – she once sent an email entitled ‘Did you slip in the shower and bang your head?’ (Of course it got an instant reply!)

5. Flog a different horse. If you’ve been asking unsuccessfully for an in-person meeting maybe your client just can’t spare that much time. Instead you could offer a ‘quick 15 minute phone chat’. It’s far more likely to get things rolling for you.

So there’s my quick rundown of what to do when you’ve been ghosted. Whilst there might be little hope for my lovelorn friend and his strange girlfriend (lucky escape I say), it’s far from over for you. Get out there and reconnect with those lost clients who’ve been haunting you!