Is Your Writing Just White Noise?

Is Your Writing Just White Noise? 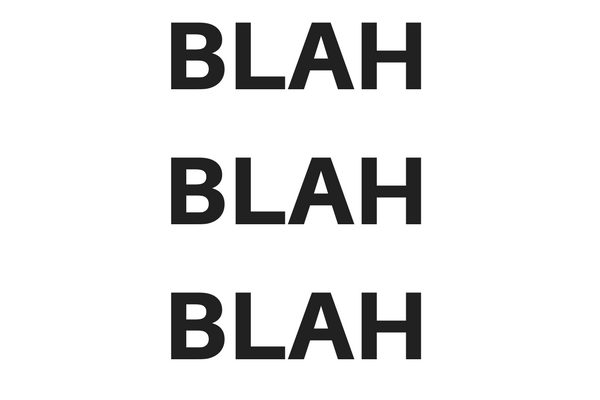 Jeez, it was boring.

Poring through a pile of CVs, each one as mind-numbingly dreary as the next.

I was helping a client recruit a marketing resource. We’d had hundreds of quality applications and yet it was so hard to differentiate them.

The language was identikit corporate drivel and I frankly wanted to gouge my eyes out with a spoon rather than interview any of them.

Now I have no doubt many of the candidates had spent hours working on their CVs, which were (mostly) well formatted and typo free.

They’d probably thought about how to best showcase their experience and whether putting ‘French cinema’ or ‘Iron Man training’ in the interests section made them sound more attractive.

And yet….still none of them stood out. It was just all white noise.

They’d become lazy with their language. Confusing ‘professional’ with formal and stiff. Reverting to the ‘safe’ corporate rubbish that everyone uses but means nothing.

After all, who isn’t results-driven? Just getting up in the morning and making a cup of coffee involves a result, surely? And forward-thinking? No-one I know would call themselves a ‘backward-thinker’.

So instead of differentiating themselves as they’d hoped, they were in fact communicating that they’re JUST LIKE EVERYONE ELSE.

So, what’s the alternative? How do you turn white noise into winning words?

Well, do more thinking and less writing. Think more deeply about what makes you or your business special before you pick up a pen or tap away on your keyboard.

Remember, if someone else could say it then don’t. Avoid cliches, jargon or any words you wouldn’t use talking to your grandma. There are lots of wonderful, descriptive words in the English language – use more of them. Try to make it original and unique to you/your business.

And edit, edit, edit. As Hemingway said, the first draft of anything is always sh*t.

So stop using lazy language and start flexing those writing muscles. It’s cheaper than the gym and a surefire way to stand out from the crowd.