Beware Of Hidden Costs: Lessons From An Immortal Goldfish

Beware Of Hidden Costs: Lessons From An Immortal Goldfish 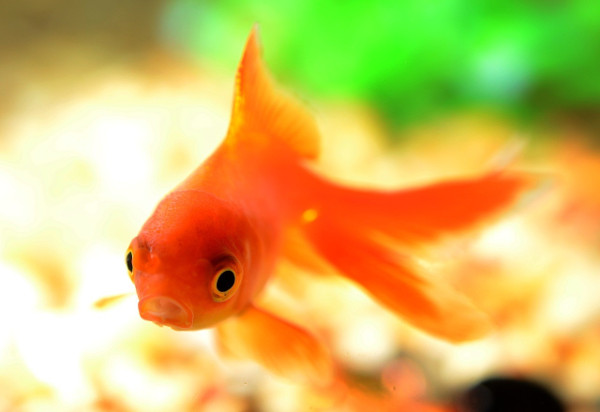 I squinted to see what my daughter was carrying. Some kind of bag? Was that water inside? Was something moving?

And then: Oh [NSFW expletive], it’s a goldfish!

We were at a fun fair and my daughter had won this tiny, orange fish at the Hook-A-Duck stall.

We weren’t best pleased, having not planned on getting a pet. But seeing our darling daughter’s ecstatic face and pleading eyes we gave in, figuring that it wouldn’t be too much trouble. It was only a goldfish, right?

How wrong we were.

And that’s just the money. There are hours of tank scrubbing to account for too….

So why do I tell you this sorry tale of the enormous goldfish that refuses to die? Not just to prove that I’m a total softie when it comes to animals (even ones that don’t blink and aren’t toilet trained).

No, it’s a sobering lesson in the danger of hidden costs. There are many in business, and in marketing and branding in particular.

And hidden costs can really harm your business.

Getting your friend’s-boyfriend’s-cousin’s-teenage son to patch together your website on the cheap might seem like a good idea at the time, but a couple of years in you’ll be spending a fortune trying to fix it.

Having your logo done by a relative who studied graphic design in the 80s will turn off prospects before you’ve even met them (unless they’re very young and think you’re being ironic).

And not spending a little time and effort putting a clear plan in place can mean that you waste thousands on a mish-mash of activities that don’t deliver.

So, when you’re next sizing up a project (or pet in fact), ask yourself if there are any hidden costs either now OR down the line. Thinking about this up front will save you a fortune in the long run, I promise.